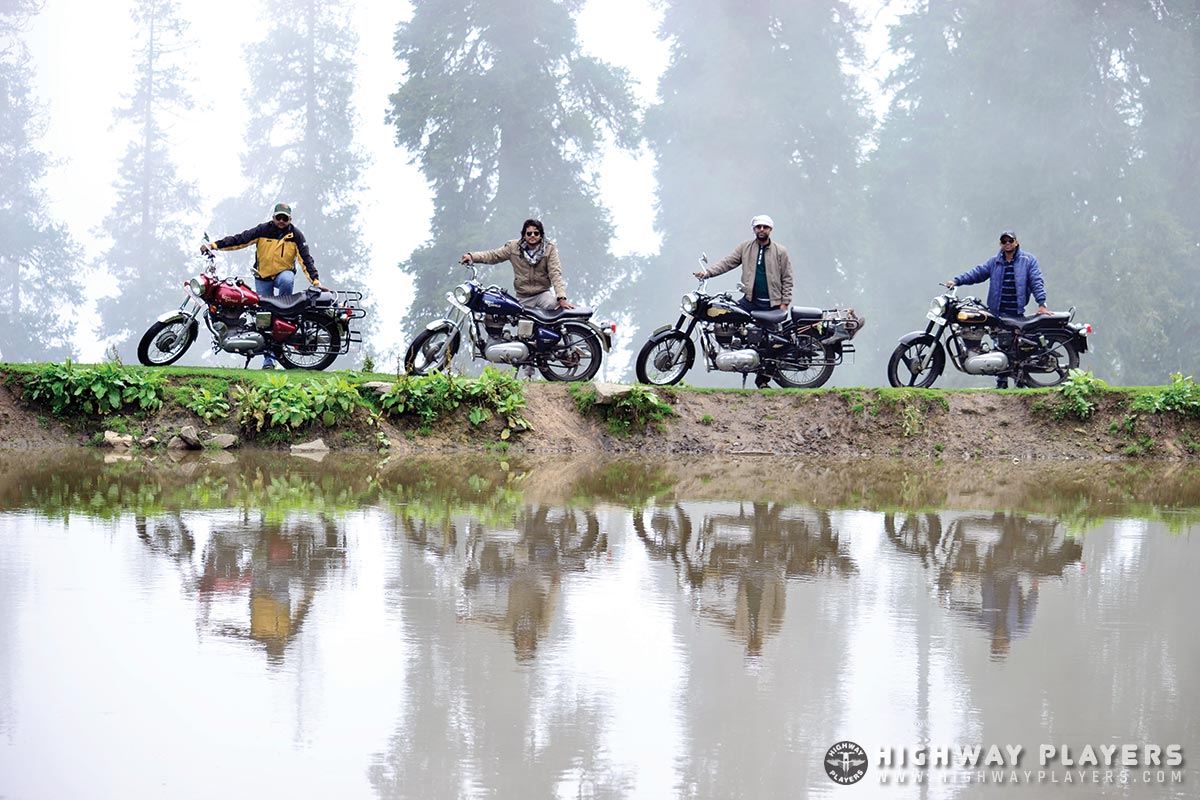 Our ride to Sangla began at three am from Rohini where five Highway Players had turned up as planned. We hit the highway with our Royal Enfields and took a few short breaks on our way before we halted for breakfast at the Zilmil, a popular dhaba on Grand Trunk Road.

We reached Ambala at 10am and soon afterward we head to Pinjor where we halted for a routine check-up of our mean machines.

From there began our journey towards the hilly roads leading to scenic Jabli. The weather was as pleasant as it could be. Just when we were about reach Jabli, it began pouring heavily. We decided to have quick refreshment break, as the weather didn’t allow us to travel any further.

To avoid any damage to our precious luggage, we covered them with tarpaulins and continued our ride. Given paucity of time, we couldn’t delay our ride any further despite the relentless rains.

We reached our next destination, Barog, amid heavy rains. And so was the case Solan. At Shogi, we were forced to take a break as the rain has left us drenched and it goes without saying, the cold was unbearable.

Anshul, another Highway Player joined us at Shimla where we reached around 4.30pm. We refueled and headed towards Narkanda, and this was the longest ride of this trip yet. On the way, we were treated to sight of a beautiful hockey ground and an apple orchard.

After driving all day long we decided to take a much-needed break as soon as we reached Narkanda at around 07.30 pm. We had made no prior hotel bookings so we went on search for a decent accommodation. Once we ensured ourselves a place to spend the night, we had our dinner and made plans for the next day before going to bed.

After waking up at 6.30am, we checked our bikes and found that Sunny’s bike’s front wheel was punctured. After the puncture was sorted, we headed towards Hatu Temple, about 8 to 9 kilometers from Narkanda. We thoroughly enjoyed our ride to the temple. En route to the temple, we stopped at the picturesque Lal Tibba and indulged in a bit of photography. And, to our surprise, we found that Vicky’s bike got punctured. We had to leave his Enfield there itself as there were no workshops in the vicinity.

We were now six Highway Players on three bikes and the ride was not going to be easy. With some difficulties with the bikes, we reached Hatu Temple around 12 in the noon.

We made sure we captured this scenic Temple on cameras. After indulging in some photography, we returned to Lal Tibba and took the punctured tyre to Narkanda for repairs. Later, we gathered at Narkanda for a hearty lunch.

Since we were running late after all this action, we were forced makea break-less ride to Kingal to save on time. With Sunny’s hobbling bike we reached Kingal around 5.30 pm. We unanimously decided to spend the night in Rampur. We checked into to a decent hotel where we all freshened up, had dinner and planned our journey for the next day. As some of the Enfields needed immediate attention, we enquired if there was a service centre specifically for Bullets.

On the third day, we found a mechanic who was specialized in handling Bullets. We finally got the bikes fixed and started our journey towards our ultimate goal, Sangla.

The ride towards Sangla was magnificent. The scenic waterfalls, deep valleys and tall trees greeted us on the way. No matter how much we praise the beauty of what we saw, it wouldn’t do justice to wonderful marvel we had witnessed.

We felt as if we were witnessing a canvas, on which, God had painted the most beautiful scenery.

It was a heavenly experience and we enjoyed every moment of it. At Jeori, we got our fuel tanks refilled. We crossed Taranda Dhak and reached Bhavnagar where we had our afternoon meal. Five kilometres from Bhavnagar, we came across the worst road of our journey as yet. But we kept on driving. After a bumpy ride, we crossed Wagtu, Kanchan and other aread and finally around 6 pm, we reached Sangla.

On the fourth day, we realised that we were a day behind our schedule, so we decided to cover as much as distance as possible on that particular day. We decided to stay overnight at Kasuali, hometown of Parveen Kumar, an active Highway Player. We drove as fast as possible, making sure our safety and that of the others on the road was not jeopardised, and reached Kingal around 2 pm. We took a shortcut to Kasauli from there.

But to our surprise, the road was full of hair-pin bends which affected our pace drastically. We reached Sunni around 6.30 pm. By then the sun had started to set getting dark and we literally hit a cross road of sorts. We had two roads to choose from and got confused as to which road to take. Both the roads were unknown to us, but thankfully thelocals were kind enough to guide us to the road leading to Shimla. We reached Narkanda at 8.30pm.

It started raining and yet again we were forced to take an unexpected break at Narkanda. We changed our plan and stayed there for the night.

We woke up, cleaned our bikes and did our routine check. We discovered that Parveen’s bike had developed some kind of complication and was creating a weird noise. We tried to do repair it on our own, but that didn’t do any good for either us or Parveen’s bike. Besides, it was still raining making things even more difficult for us. Fortunately we were told that there was a mechanic not very far from our location. Maya went to fetch the mechanic. We were told the tappet rod had broken and that we could find a replacement at a spare parts shop some 20 km away.

We called Anshul and asked him to get that part to Naledera. Till then, we managed to tow the faulty bike to the workshop by tying it to Maya’s bike. This was the worst problem we had in the entire trip.

The repairing was done by 5:00 pm and then we got all set to move further. This whole exercise consumed one full day. Then we decided to ride overnight to Delhi. We reached the Capital at 7am on the sixth day of our journey. On our way, we were greeted to some more rain at Panipat which seemed to follow us all the way to our homes. It felt like Delhi was welcoming us with a shower.

With all the problems aside, this was altogether a memorable ride which learned a lot about our machines. We realized how one should take care of their bikes and also learnt the skill of driving on the hills during the night.

That’s all for now.

See you in the next blog, till then:

BE SAFE AND RIDE SAFE 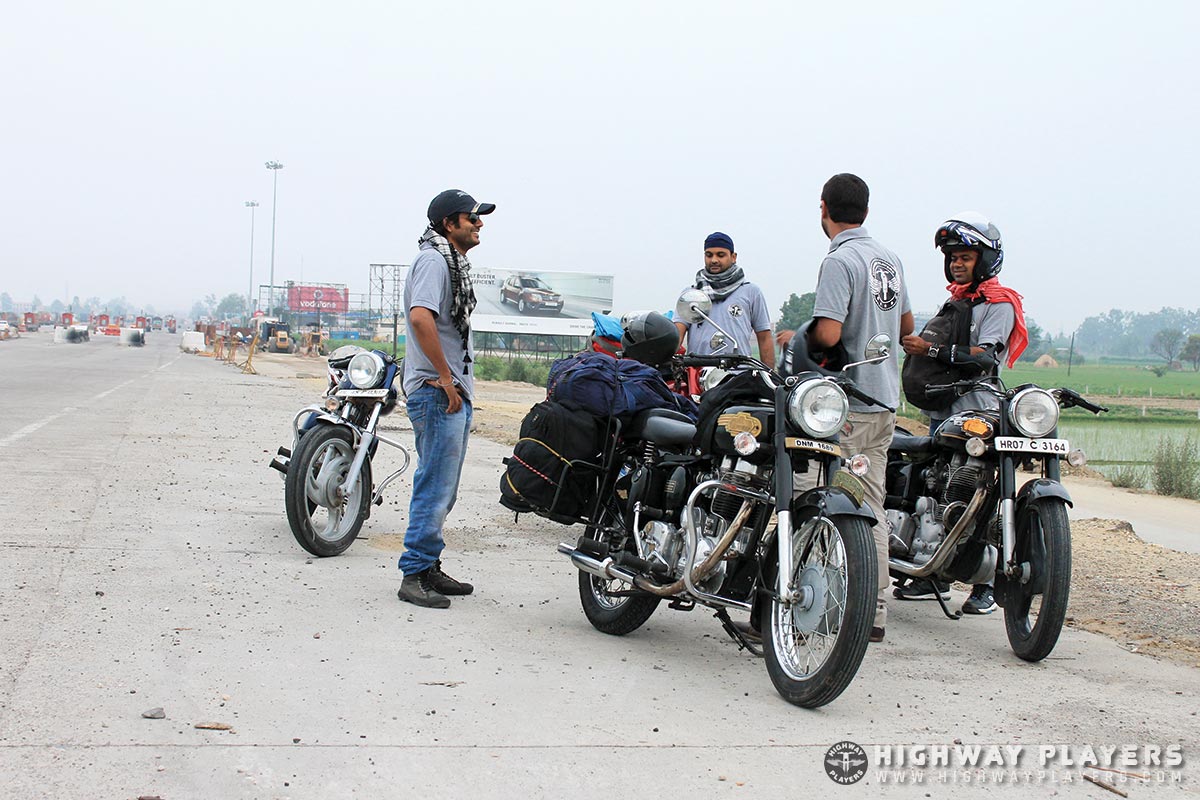 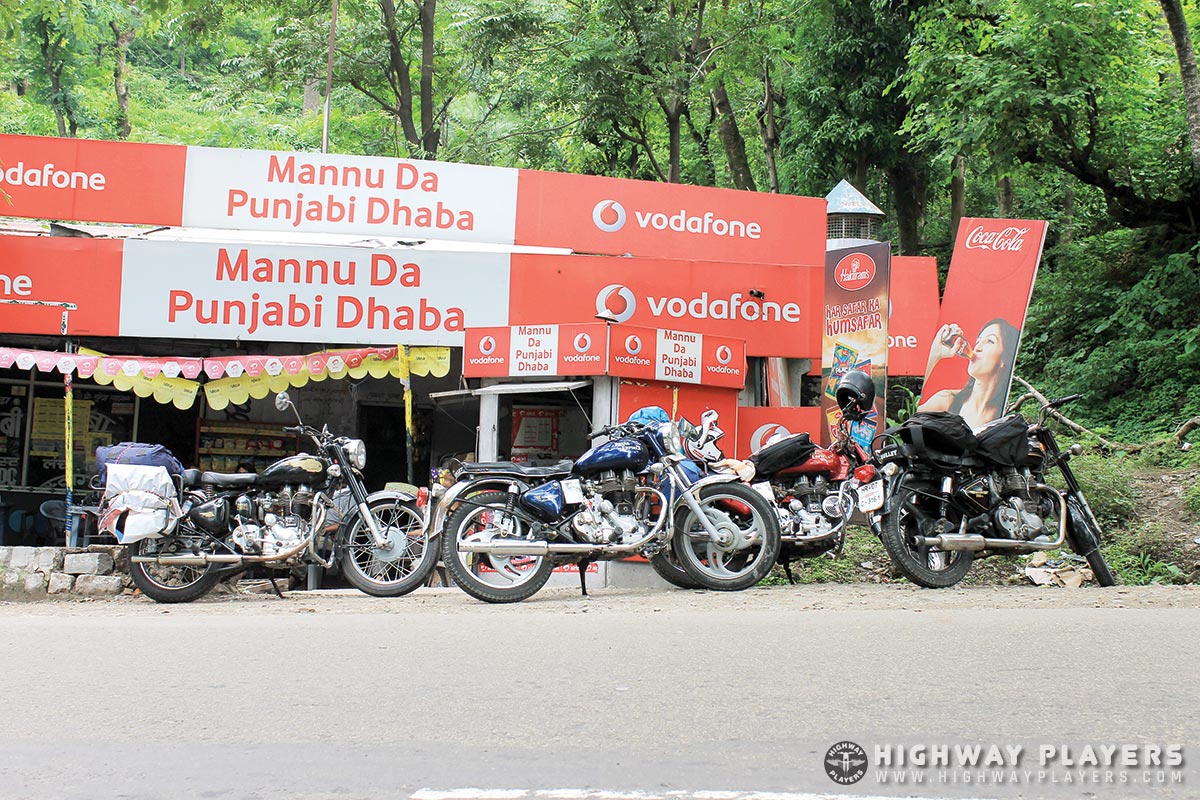 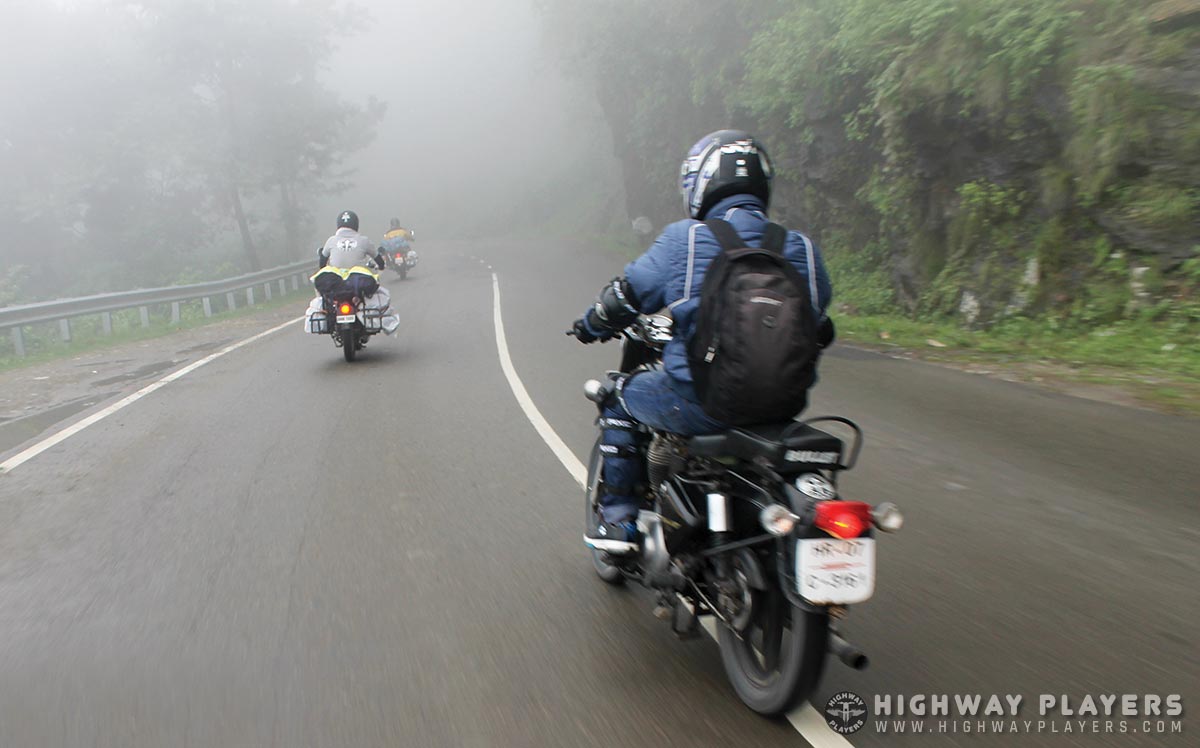 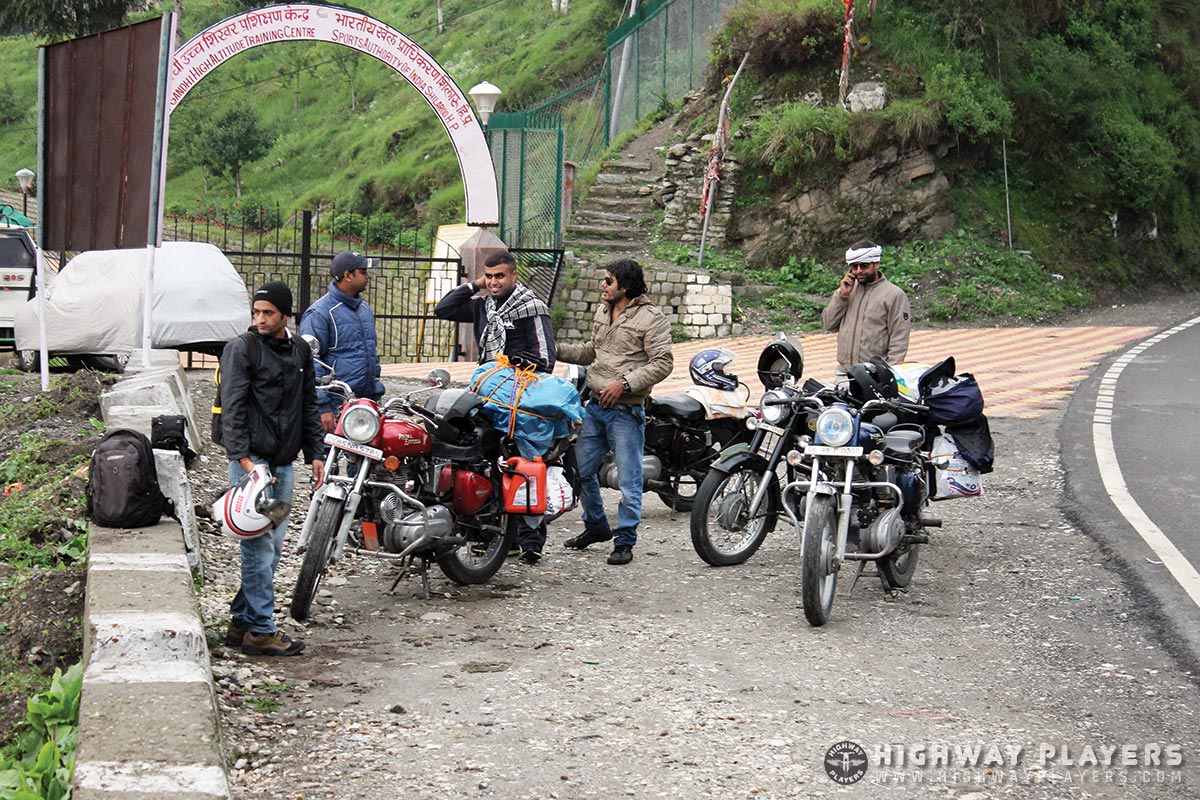 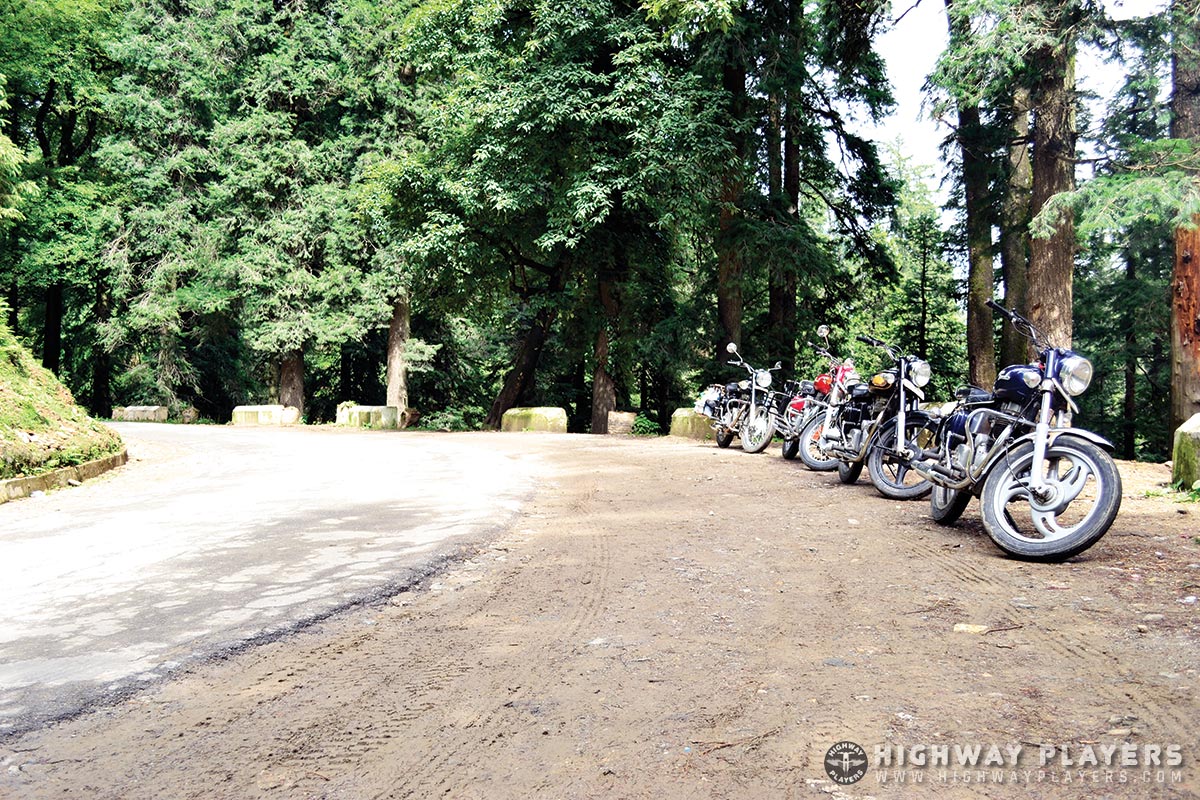 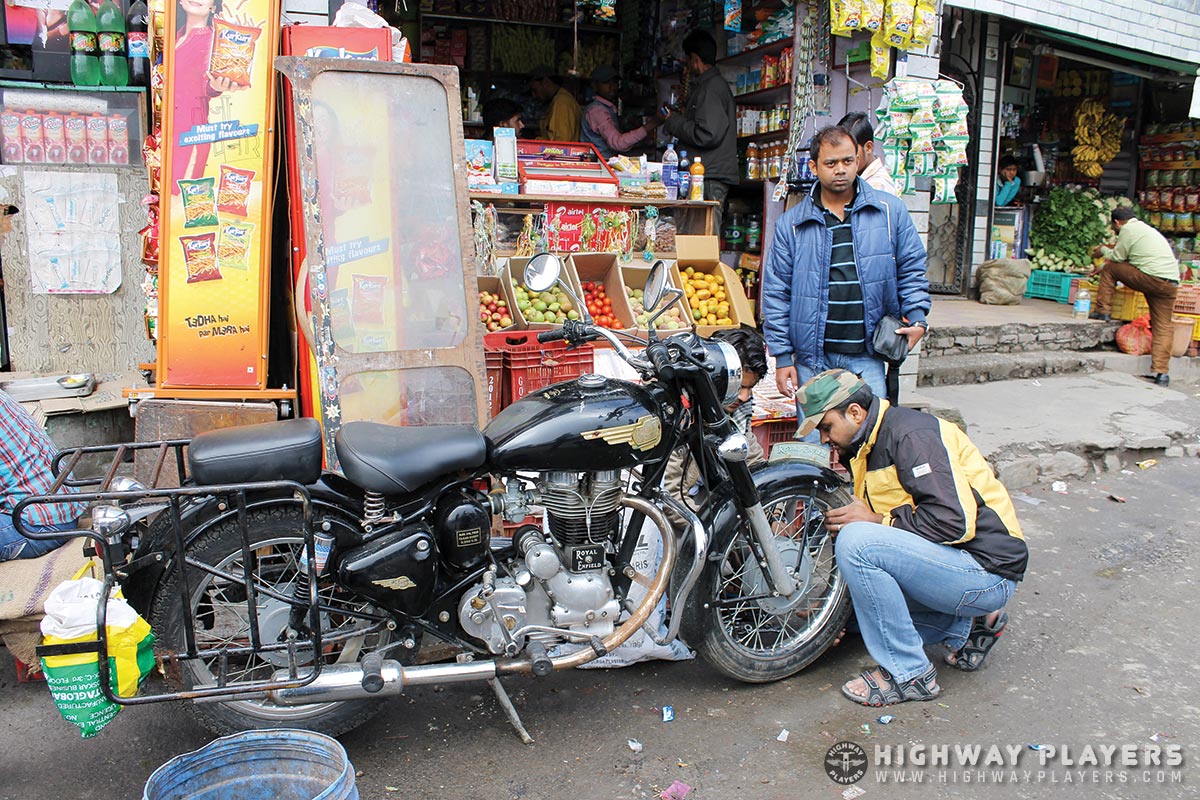 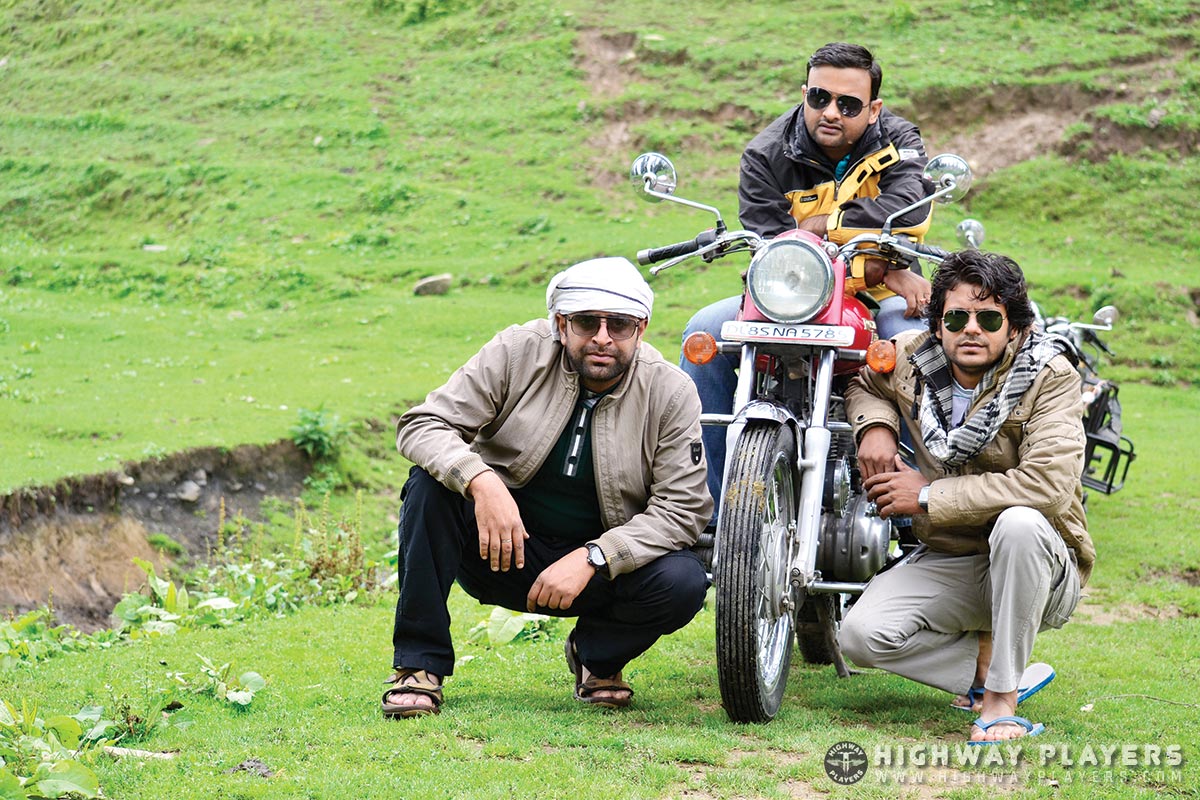 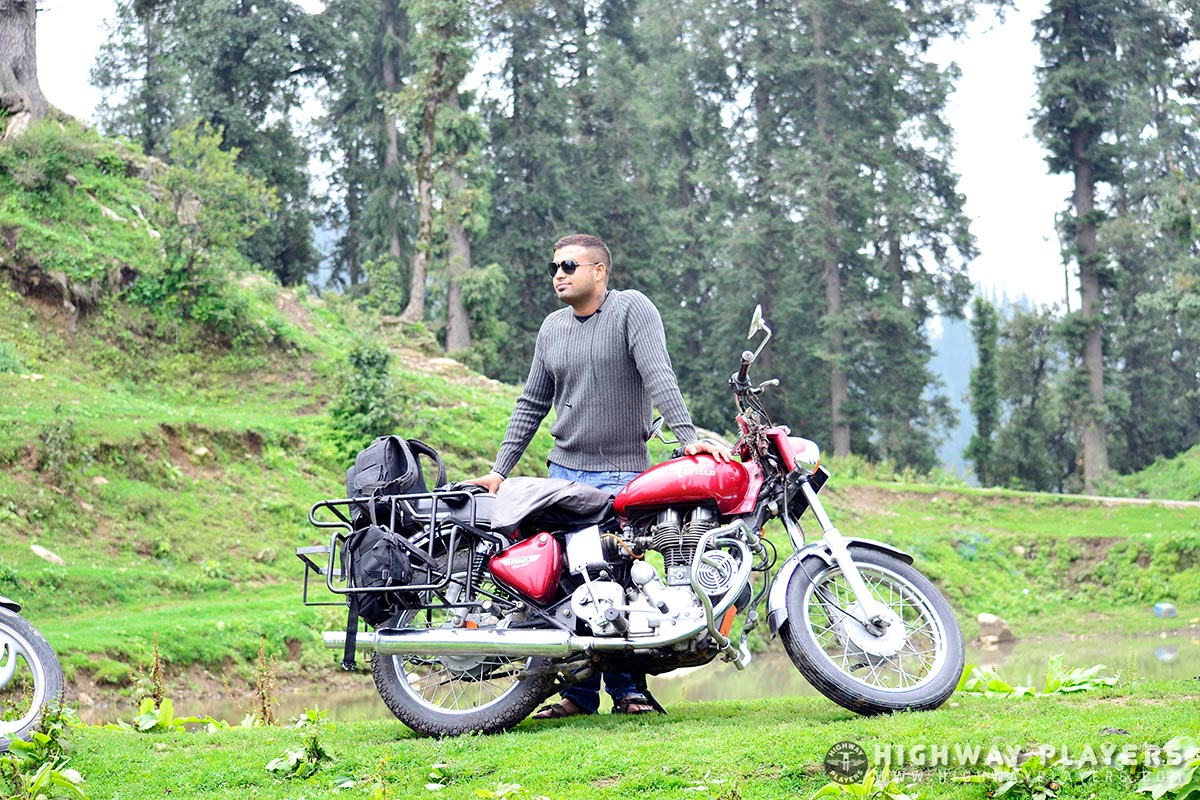 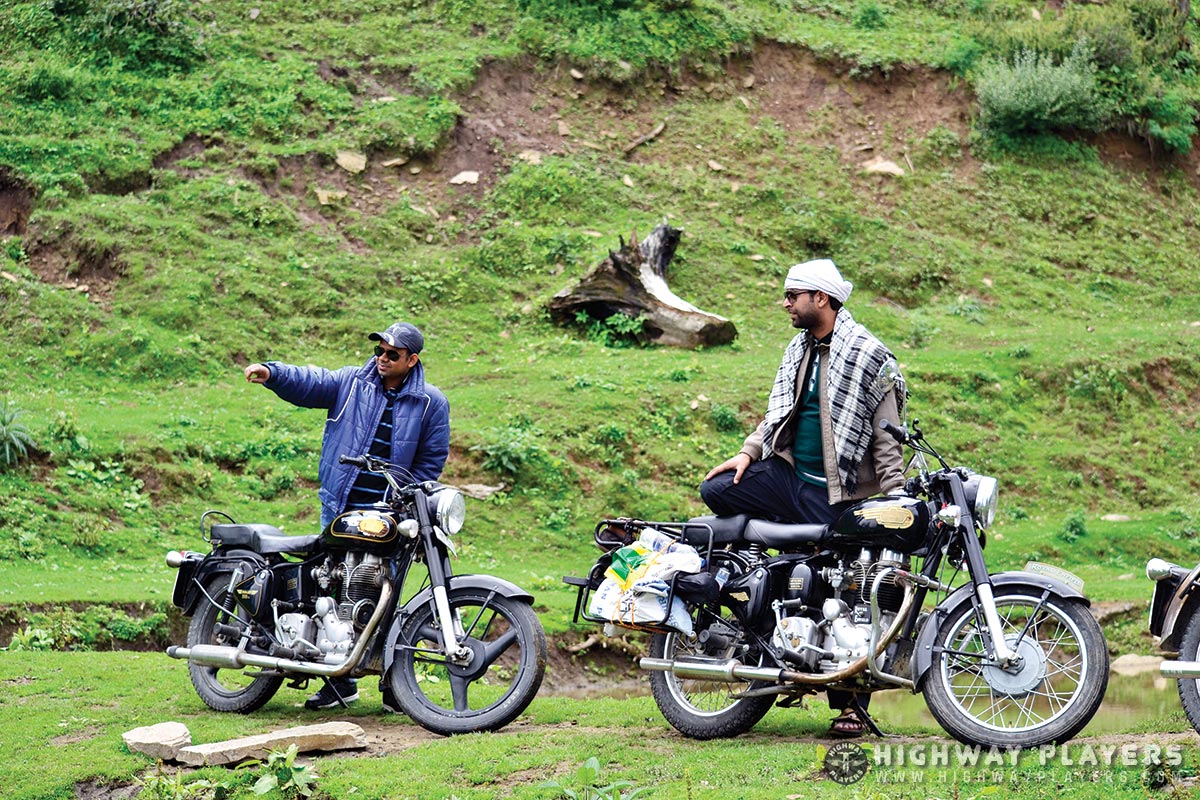 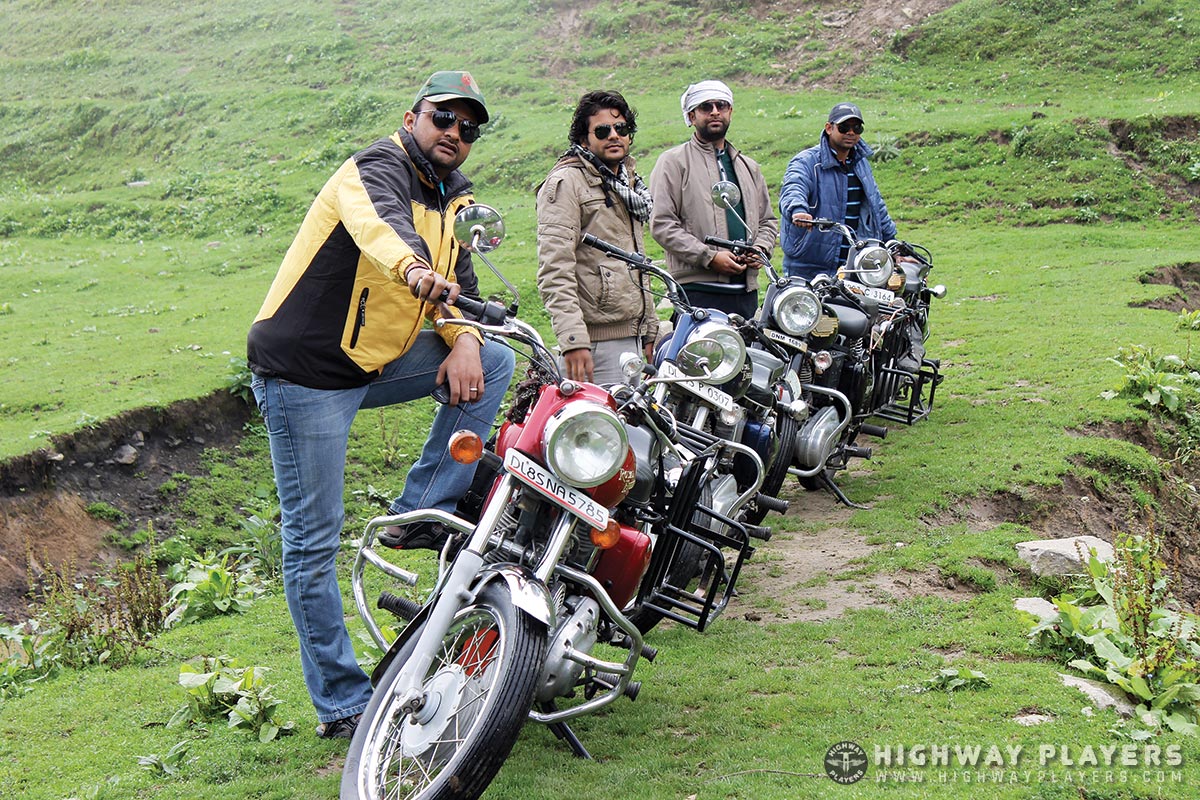 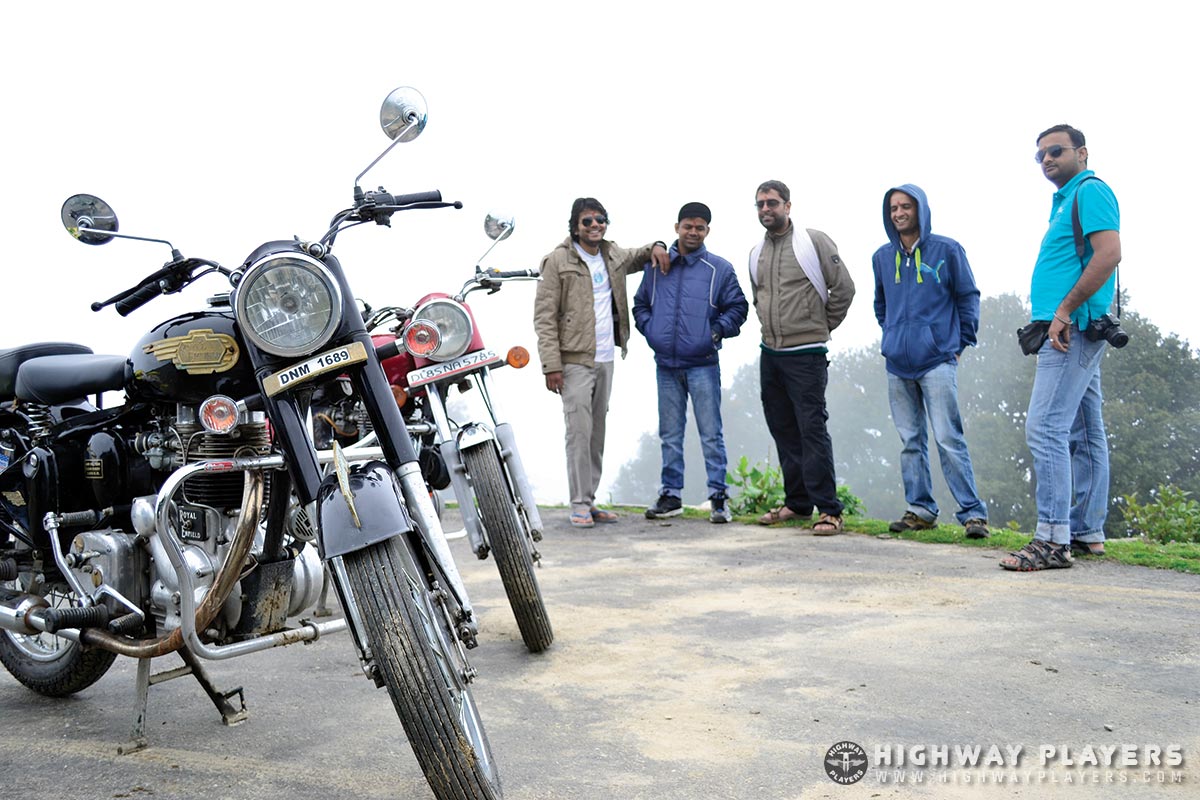 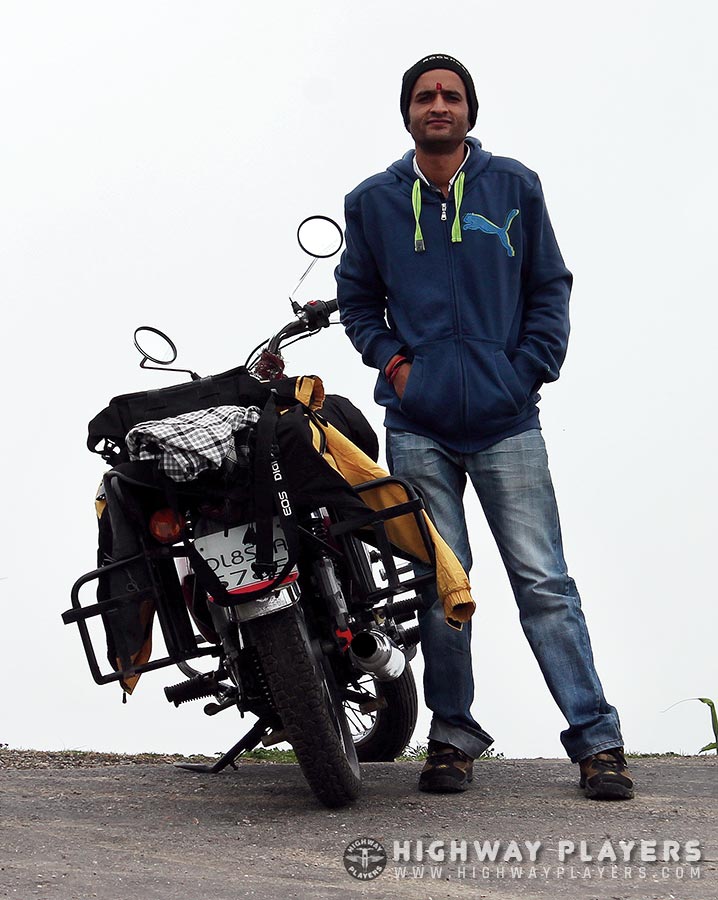 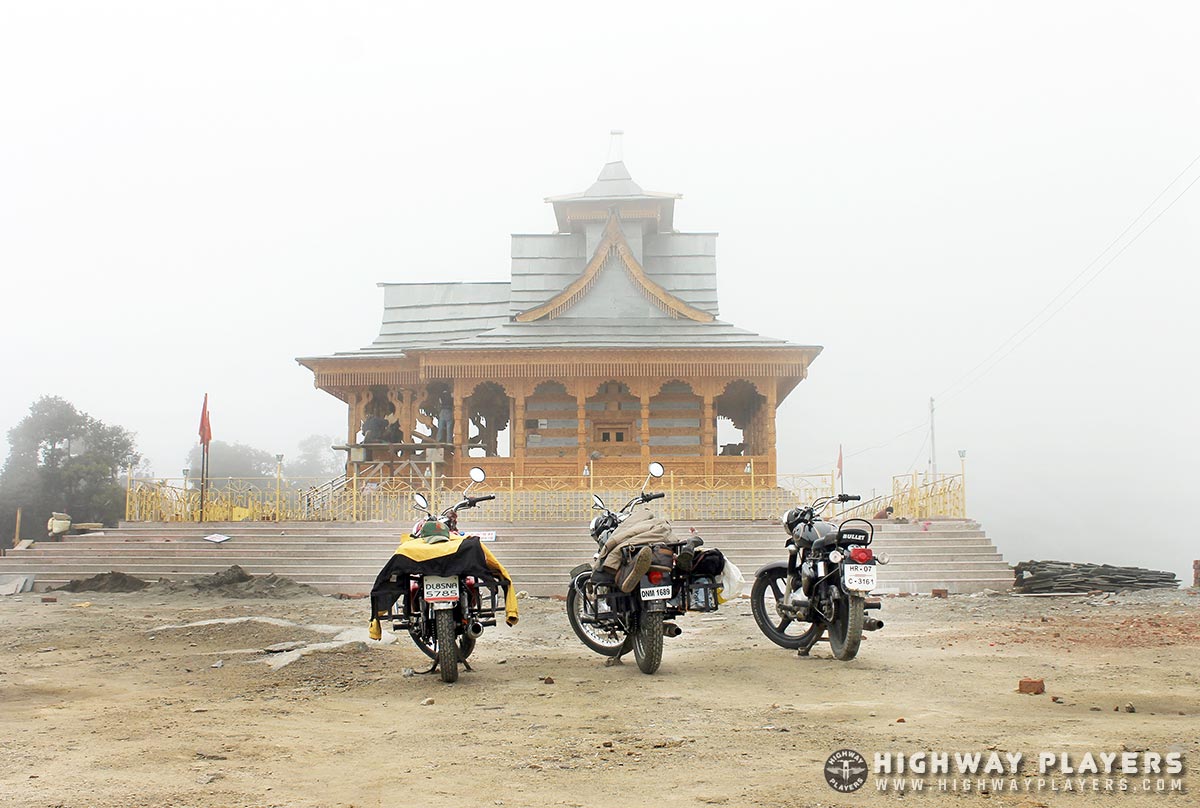 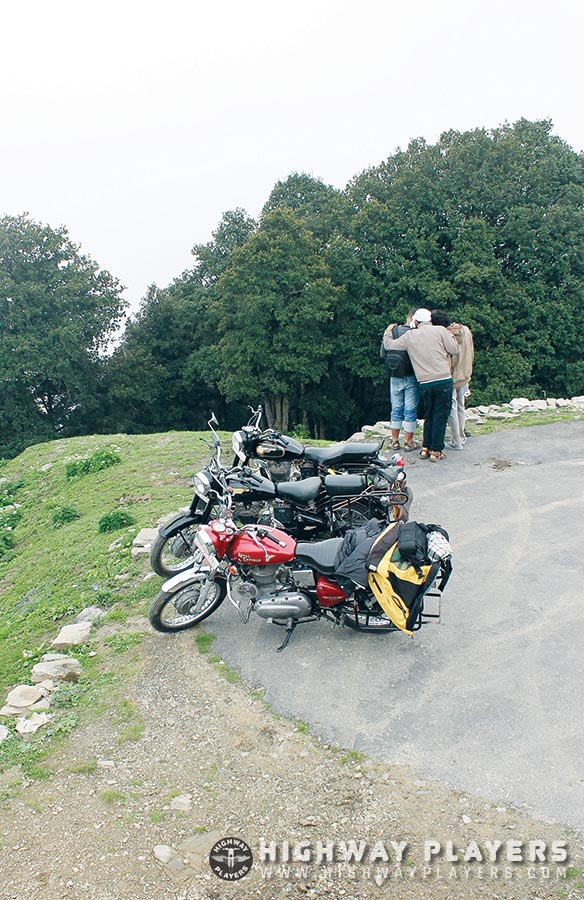 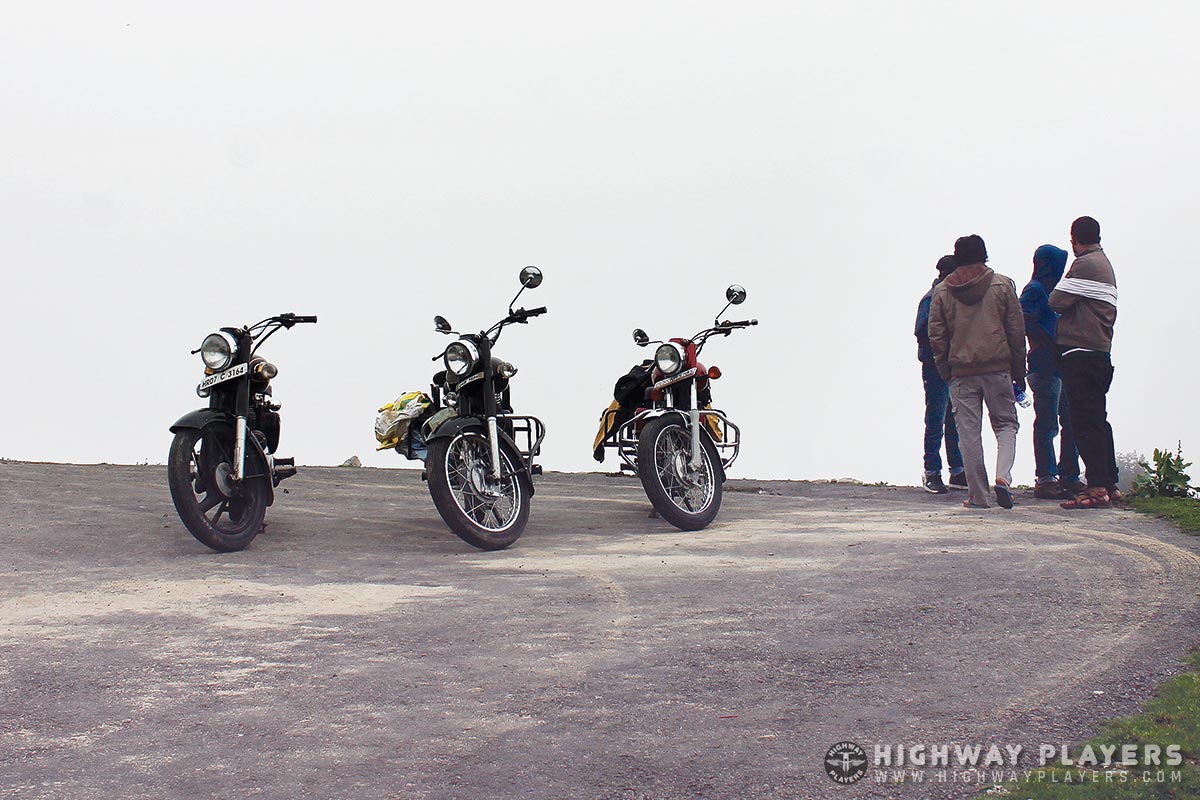 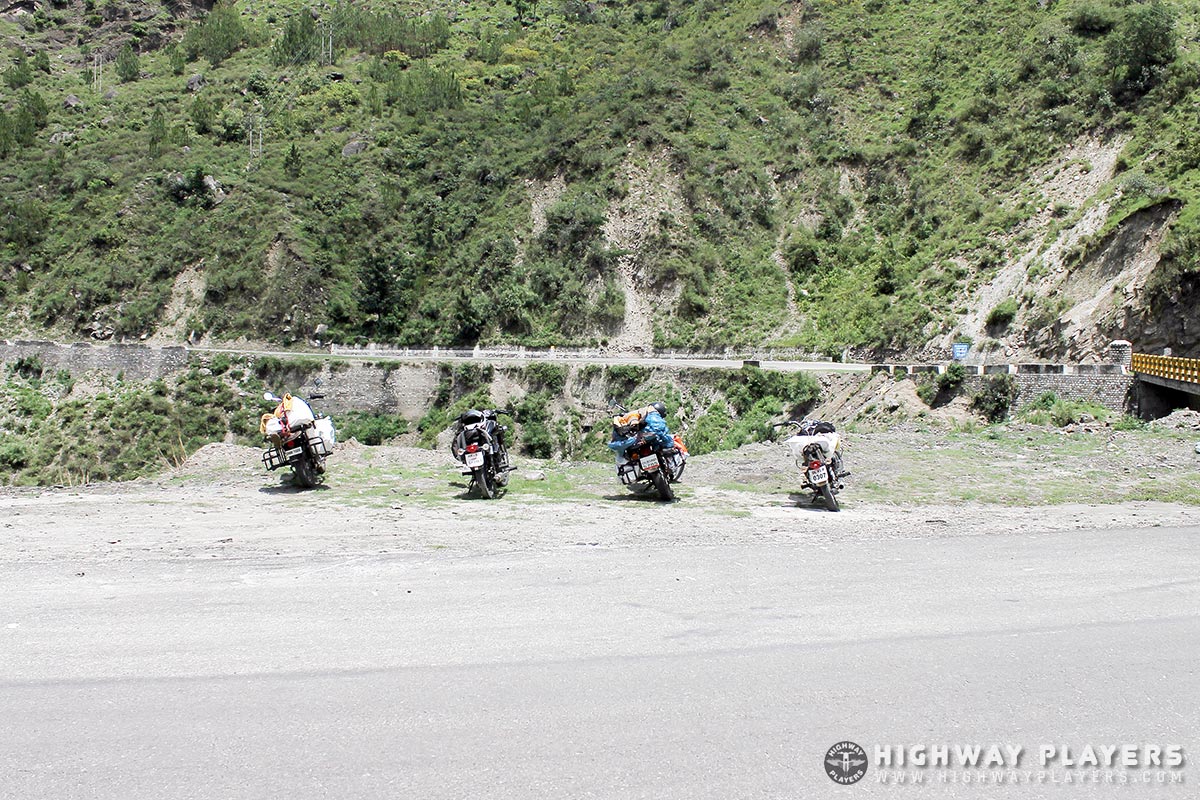 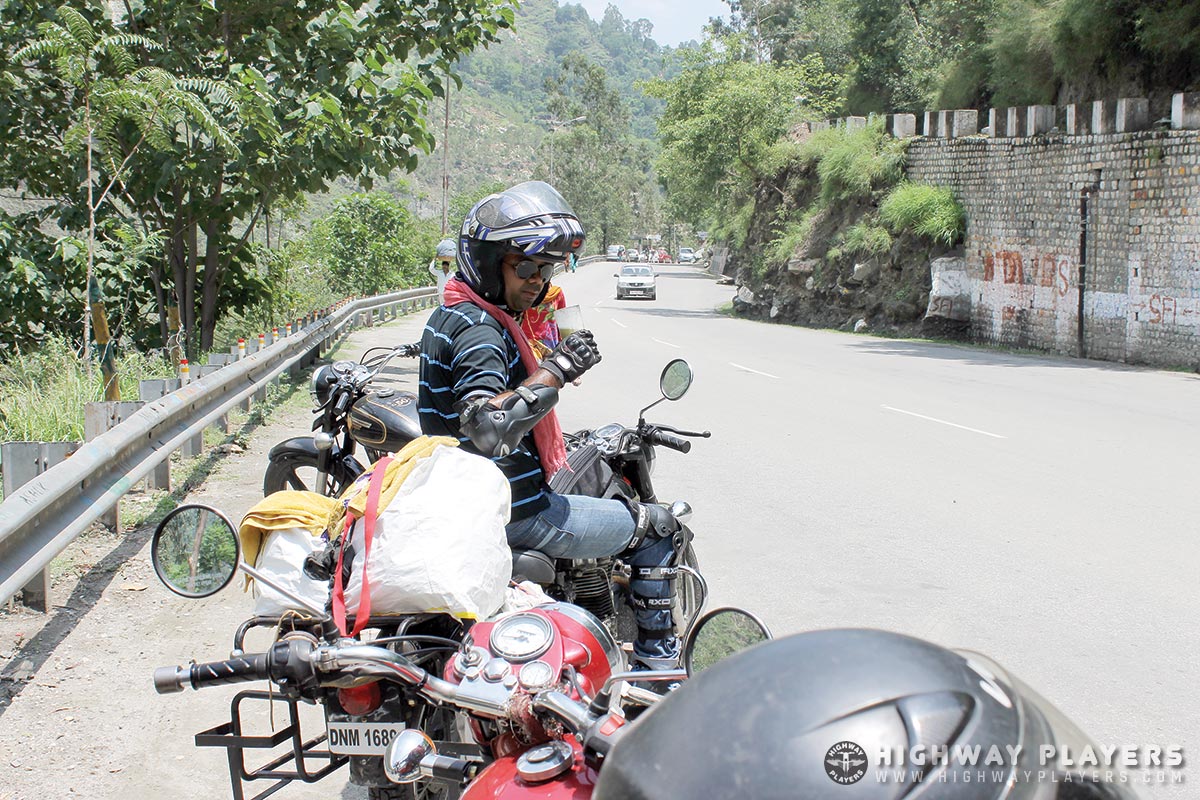 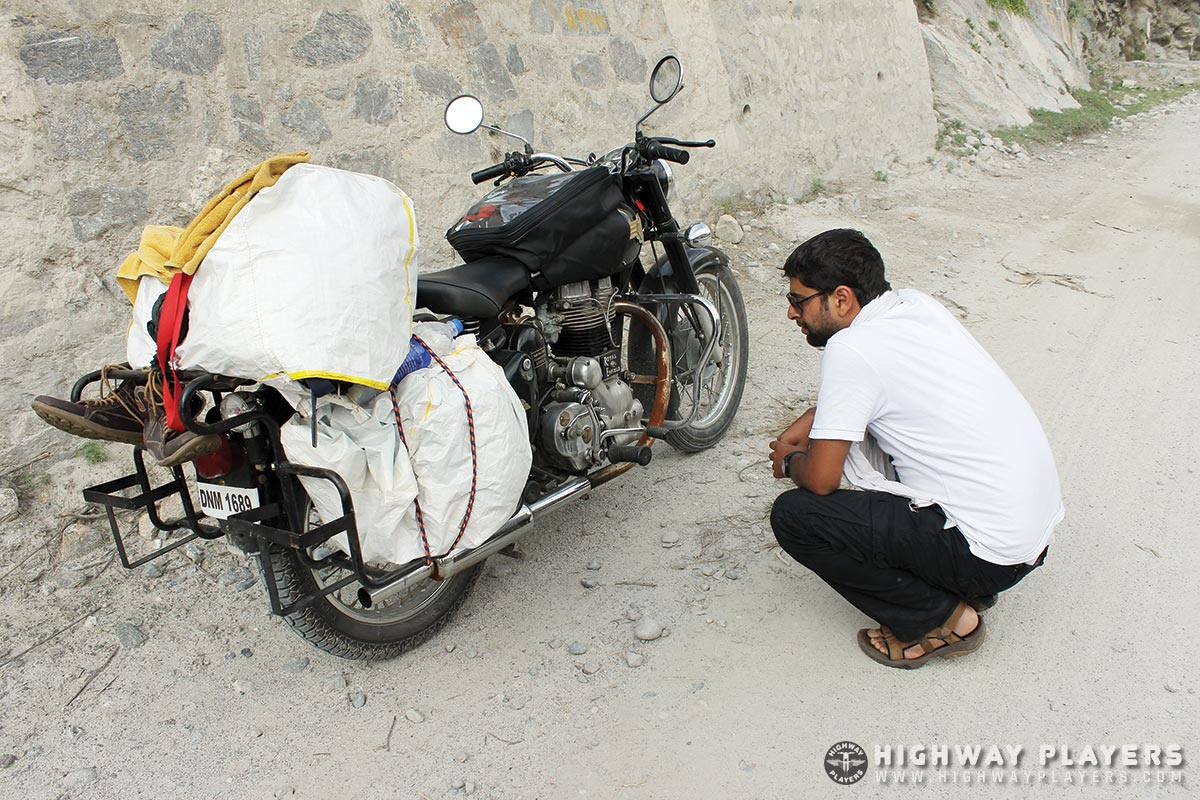 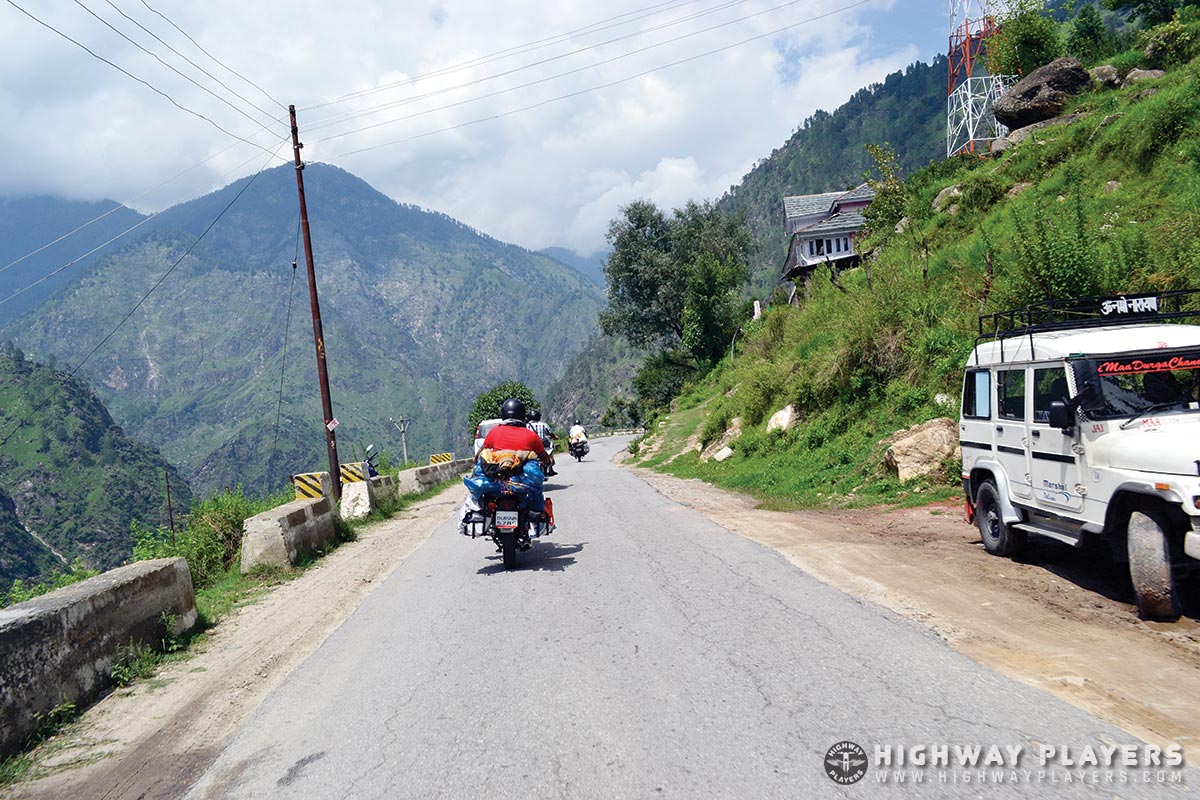 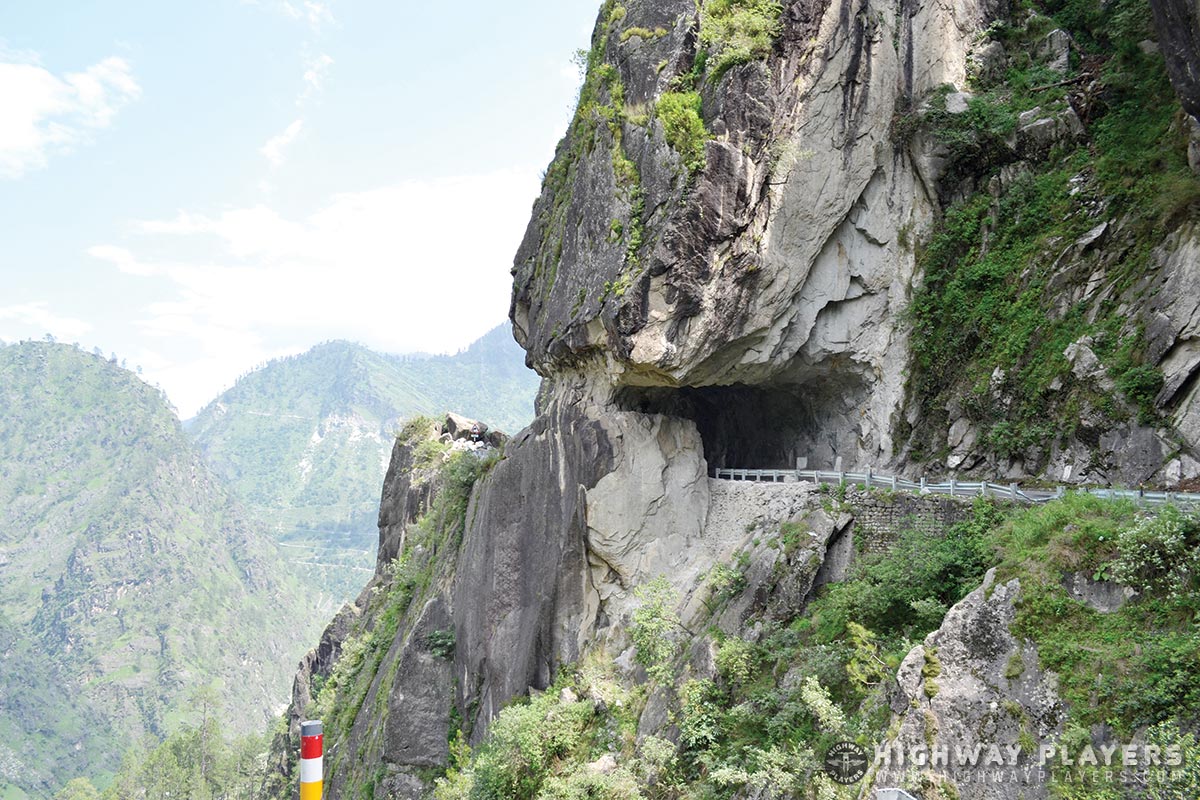 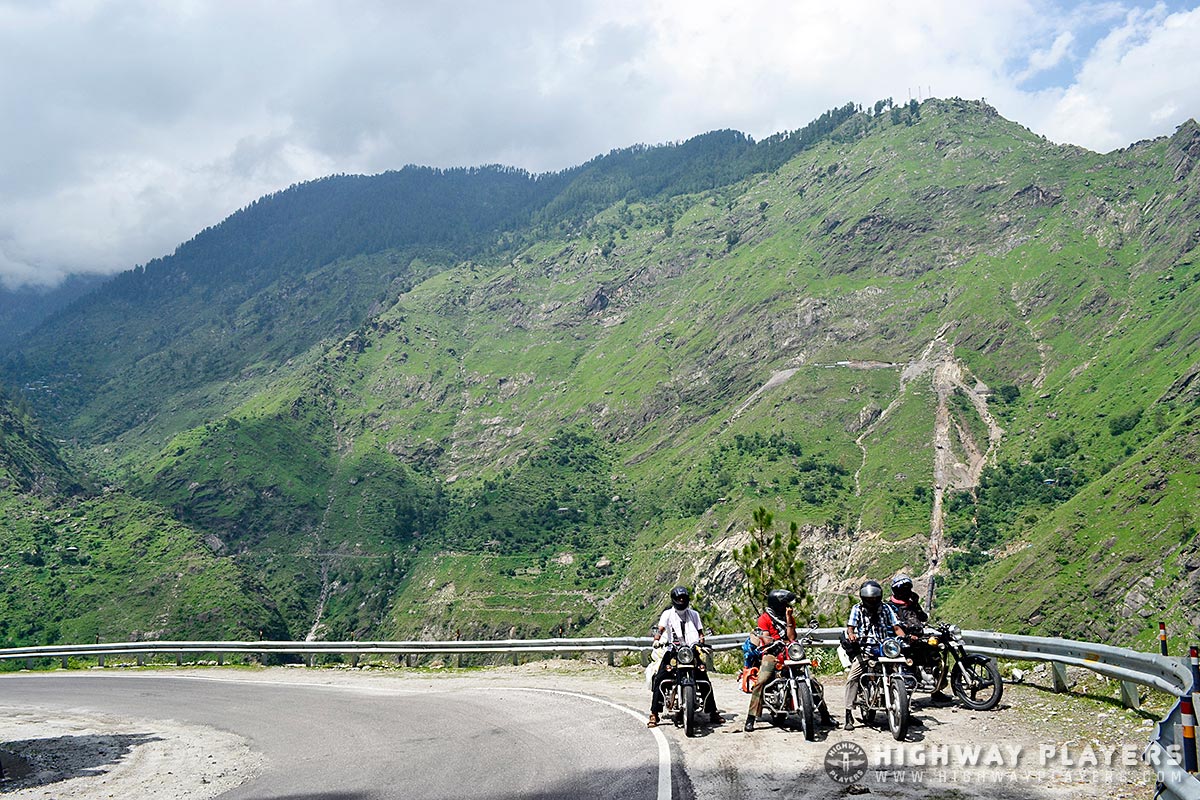 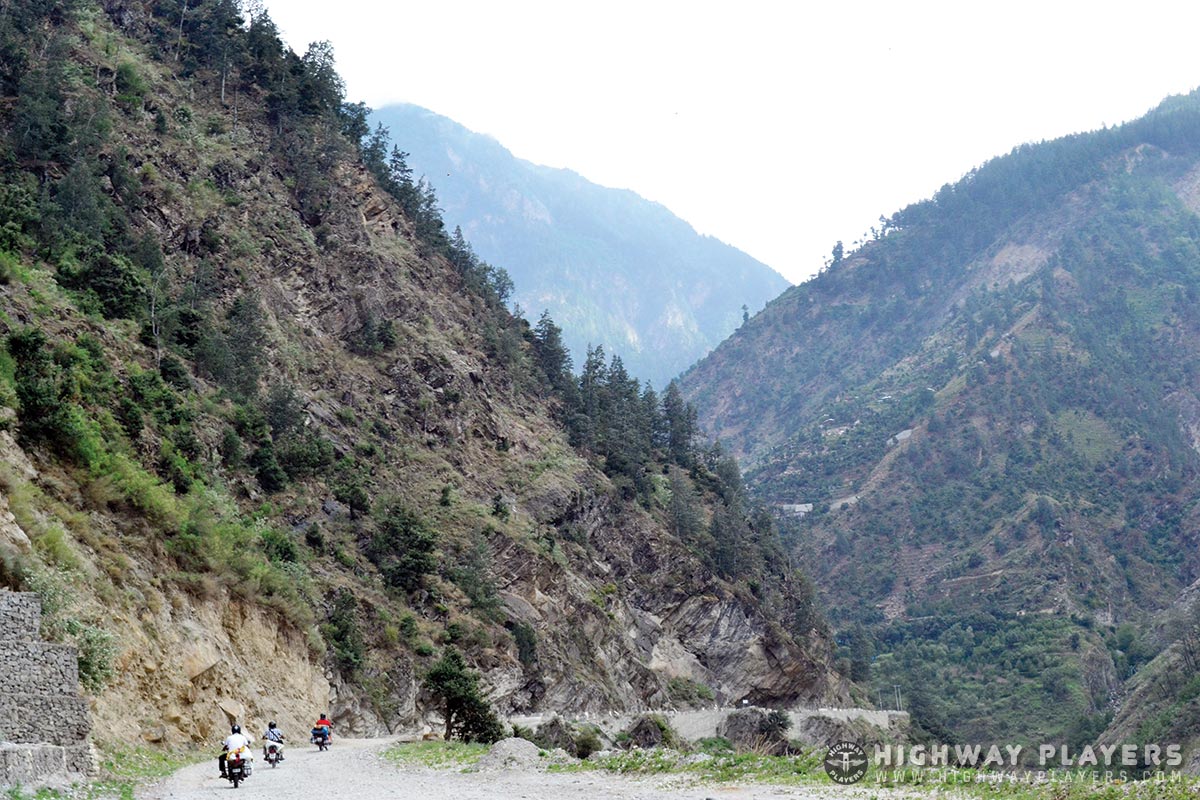 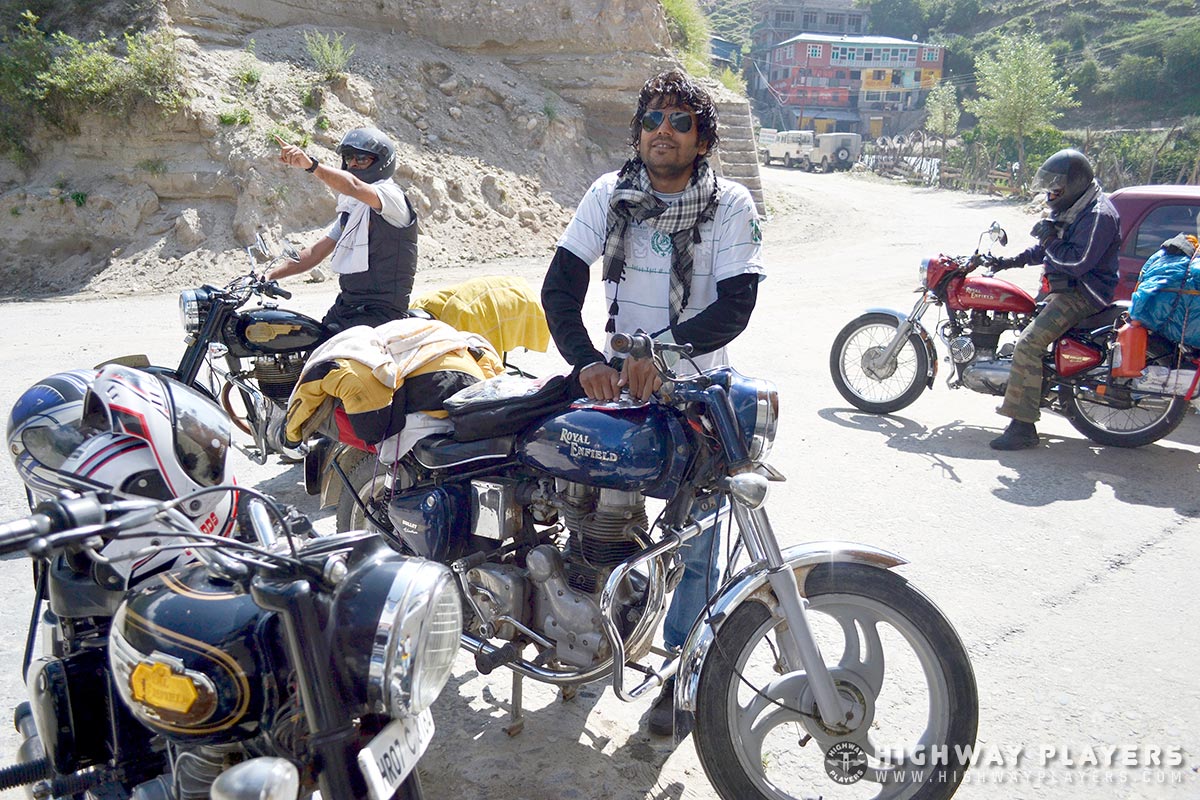